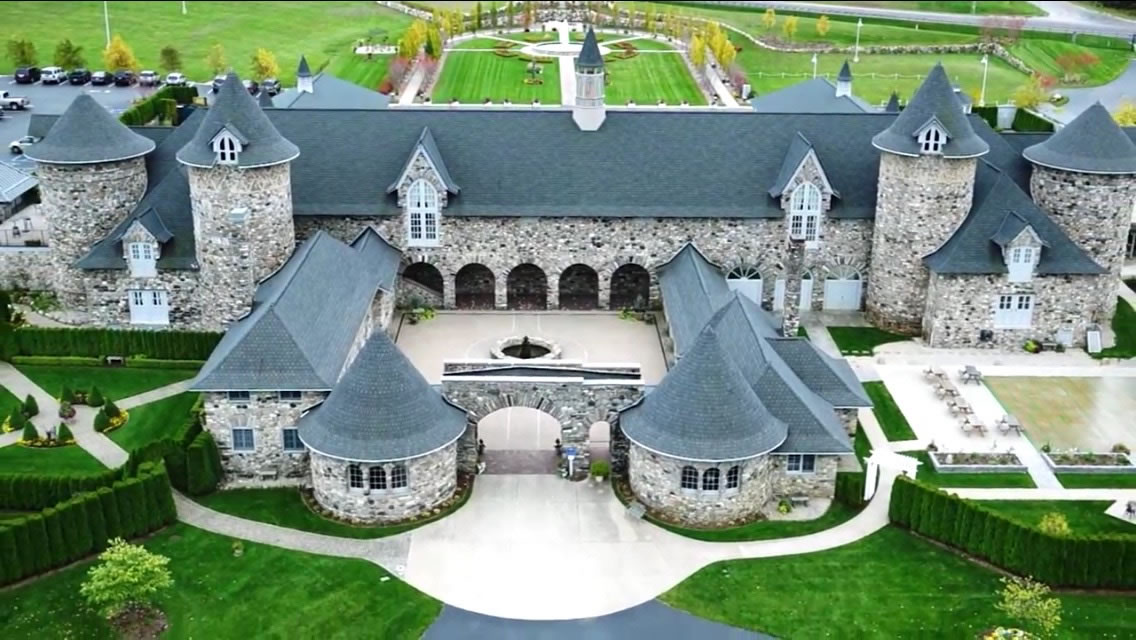 Castle Farms has been a landmark in Charlevoix,  Michigan for more than 100 years.  It is one of Michigan’s premier historical attractions,  as well as a popular wedding venue.

Built it 1917 and remodeled in 2005,  AZD was delighted to be a part of the restoration process.

The castle was built in 1917 by Albert Loeb,  a wealthy entrepreneur from Chicago who spent summers in Charlevoix,  and loved Renaissance castles.

At that time Charlevoix was still just a small town and Loeb was the answer to a lot of prayers when he decided to build a state-of-the-art farm,  providing jobs when there were few to be had. There would be barns large enough to hold 200 dairy cows,  a carriage hall,  a blacksmith shop,  an icehouse,  a cheese shop and even a dormitory for the single working men to live there.

After Art Loeb died of a heart attack in 1924,  the farm failed under the pressures of the Great Agricultural Depression,  and the property was neglected and unkept for the next four decades.  In 1963 John VanHaver stepped in and purchased the property with a goal to restore it.

Unfortunately,  VanHaver was forced to sell the castle in 1969 due to financial troubles.  It was then when Arthur and Erwina Reibel purchased the property and renamed it Castle Farms.

The Reibels envisioned a riding stable,  complete with a theater and tavern.  The plan for horse stables didn’t work out but the entertainment venue was a success.

When big-name gigs such as Aerosmith and Ozzy Osbourne booked shows in Detroit and Chicago,  the Reibels booked the acts on the night they were traveling between the two major cities.  Not only did this help bring money to the town of Charlevoix,  it gave bands traveling to Michigan another opportunity to sell more tickets to fans.

Some of the entertainers that performed at the castle include Tina Turner,  Willie Nelson,  Doobie Brothers and The Beach Boys.

The castle hosted as many as 17,000 attendees with parties lasting late into the night.  But,  the ongoing party scene resulted in health complaints,  noise violations and litter.

After Arthur Reibel’s death,  Linda and Richard Mueller bought the property in 2001 and began renovating the entire property.  But this wouldn’t be just any renovation.  Linda planned to rebuild the castle with as much of the original material as they could,  working from the original 1917 blueprints the family had provided her.

AZD Architects worked closely with the Muellers for 8 years and noted that the new owners were extremely passionate about restoring the castle.

At the beginning of the restoration,  there were literally only a few stone walls standing and there were no heating or cooling systems.  This made running ductwork through and around stone walls quite the challenge.

There was no electrical,  plumbing or mechanical systems in place at all,  so installing those systems was an engineering feat in itself.

The entire roof had been destroyed and all of the windows and doors had to be custom built and were fabricated on site.

Livestock areas were turned into banquet facilities and horse barns were converted to dance halls and dining areas,  which I’m sure you can imagine would be an amazing transformation.

Special attention was paid to protecting both the environment and historic character of the buildings.  Whenever possible,  materials were restored and original construction details were followed.

By 2005,  the castle had been restored. It took 10 years to rebuild it to its current state and they’re still adding specialty rooms today.  Linda’s vision in maintaining the architectural integrity of the great Renaissance towers,  and original building techniques resulted in a world-class property of historical significance. 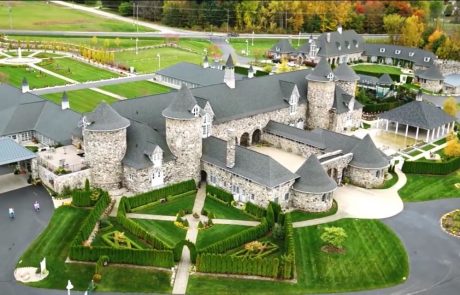 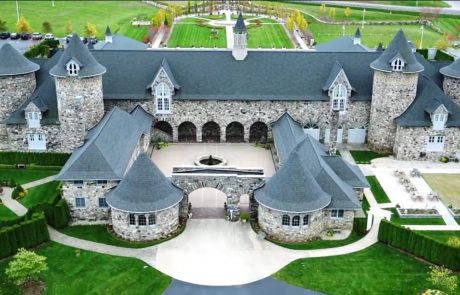 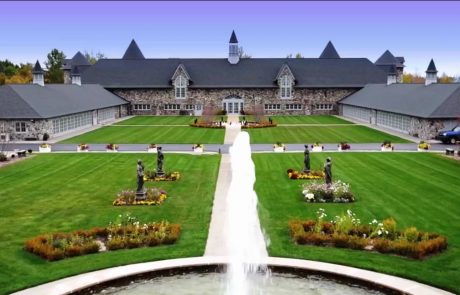 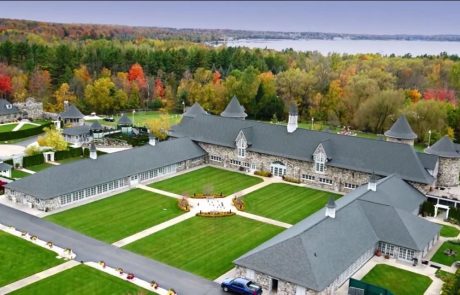 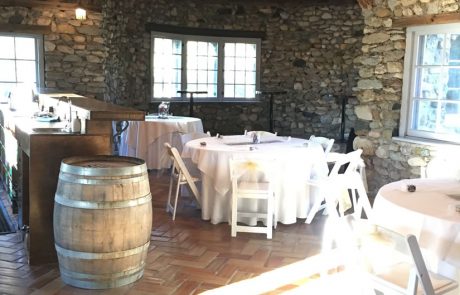 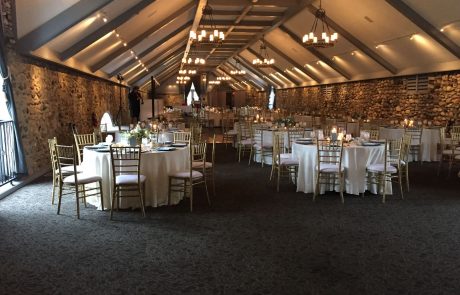 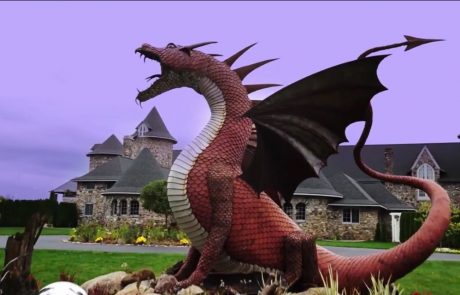 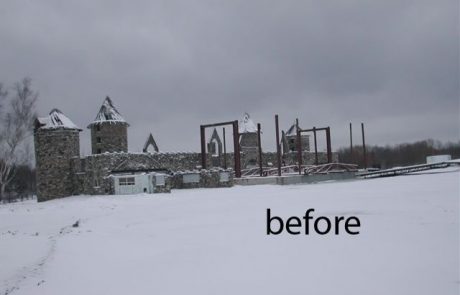 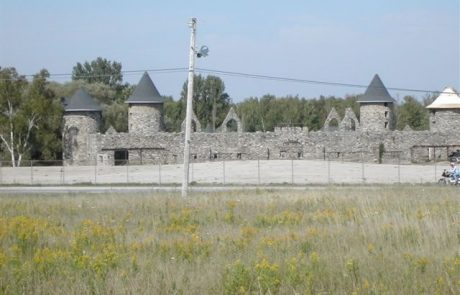